[Click Here to Just Go to the Amazon Page]

It has been about five thousand years since humankind first ventured out into the galaxy. Instead of a Star Trekkian/Babylonfivealonian/Starwarsian universe filled with weird aliens and lascivious green skinned women, they found... no one. The galaxy was empty of other civilizations. It was all ours. Humankind had access to tens of thousands of habitable worlds and resources beyond measure. The galaxy was our playground and our wonderland.

Thousands of years of warfare followed.

In the end, the Old Galactic Commonwealth – an empire of more than 13,000 colonies across the galaxy - collapsed and fell apart. Only the most remote, underdeveloped, and overlooked colonies survived the Apocalypse. Two of these far out colonies have combined resources and begun building Pathfinder Ships to search for other human worlds. One of these ships is called Pegasus, named for the constellation in which these worlds reside. Pegasus's crew is half made up of Sapphireans accustomed to total freedom and Republickers who have lived for centuries under authoritarian rule. They will have to learn to work together to accomplish their mission of finding the lost colonies of Earth.

Also, in the darkness between the stars, a terrifying enemy awaits. 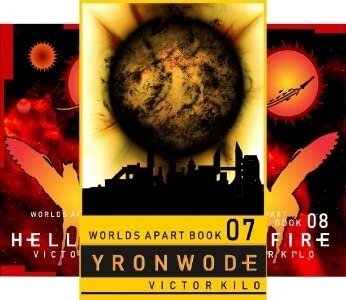