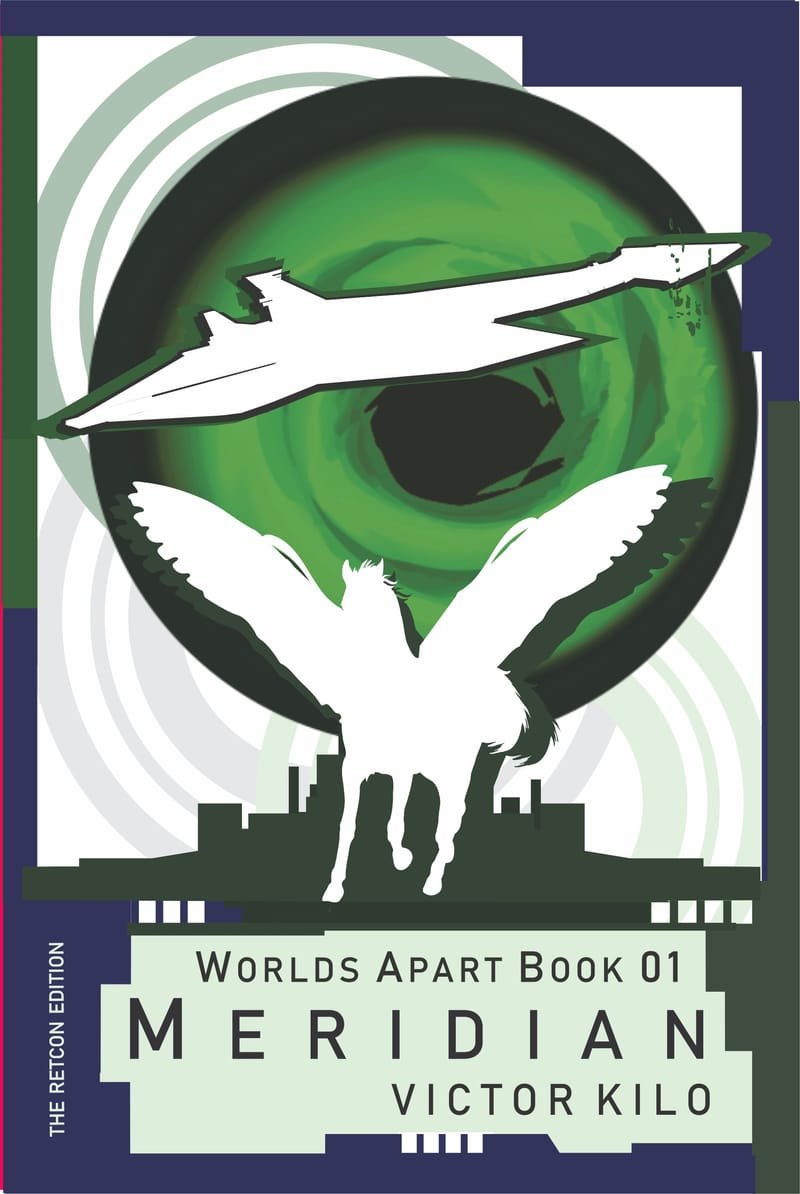 Author's Notes: "Meridian" is like the pilot episode or first season of some series that "got good eventually." (Like 'Stargate SG-1. The later seasons are classic, but that first season is a dog's breakfast. I think the first book is better than that.)

Author's Later, Better Note:  The bones are there, it has some really funny belly-laugh moments, and the overall story is pretty good. I think the whole "remote control colonization" story is the kind of big-ass science fiction concept I wanted to embrace, coupled with hilarious storytelling coming from the interactions between the characters. The heart of the story is how the planet Meridian set itself up for conquest and the ending is a bit ambiguous about the planet's future. It's not a Star Trekkian "We fixed the problem with technobabble-ex-machina and a lecture on inclusiveness; you're good to go." It's more like, "we solved your immediate problem, the rest is up to you."

If I had to do it over again, I would have introduced the Aurelians as the main villains right up front and set up that conflict from the get-go instead of introducing them two books later. Woulda, shoulda, coulda... Also, this was before I started paying people to edit, so this one is a little heavy in the typo department. The downloadable files are of the original release, with the aforementioned typos and the early habit (I got control of it later) of having characters talk too damn much. It is available as a pdf, for free download.

Book 01 is available on Amazon in Kindle and Paperback format. Kindle might be free if you have AmPrime. Not sure how that works.