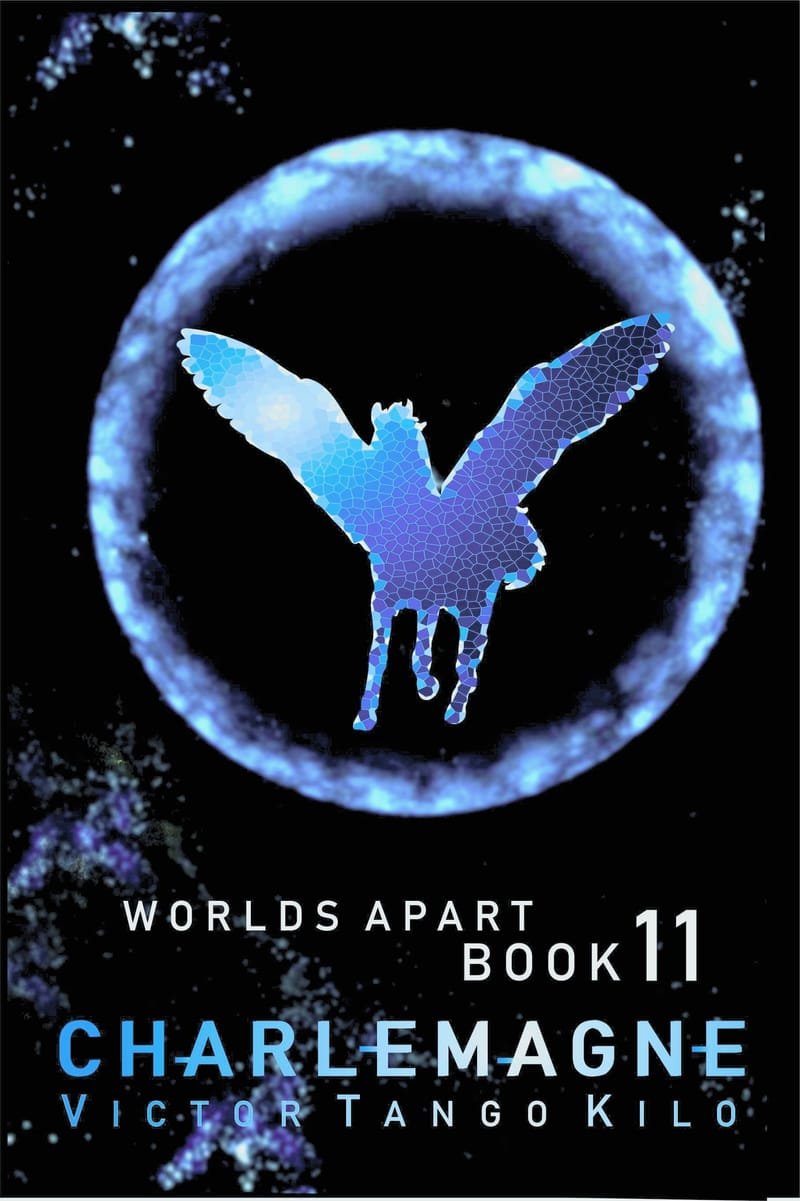 Author's Notes: Thematically, the eleventh and penultimate Worlds Apart book is about making plans carefully, having a set objective in mind and then having them all blown away by events beyond one's control. Fate roars as, like an enraged Tyrannosaurus Rex, it charges through the beautiful plans we lay out like a stained-glass window, shattering them into thousands of fragments suspended momentarily in the air, taunting us with what can never be, before falling to the ground in a sad rain of color and broken glass. (I stole that from a review.)

Book 11 shifts the direction majorly. For most of the series, Pegasus has been a lone ship exploring the far reaches of the galaxy, cut off from its own civilization. But Interstellar civilization catches up with them and this changes their operating dynamic in a big way. It also give Keeler a whole new foil and a whole new stage full of scenery for him to chew.

Book 11 is one of those stories where nothing happens for a long time, and then a lot of stuff happens very quickly. So, the challenge was to keep the story interesting while nothing was happening. That's why all the characters are involved in coming up with plots and plans and schemes, only to have a major, unexpected event blow up everything in their faces.

Never quite nailed the cover. You can kind of sort the books by covers. Red covers are the ones where a lot of sh-t gets blowed up. Yellow ones are where the planets have really effed up societies. Blue ones are most focused on the crew and their arcs or whatever. You can buy this one from Amazon in both Kindle and Paperback.