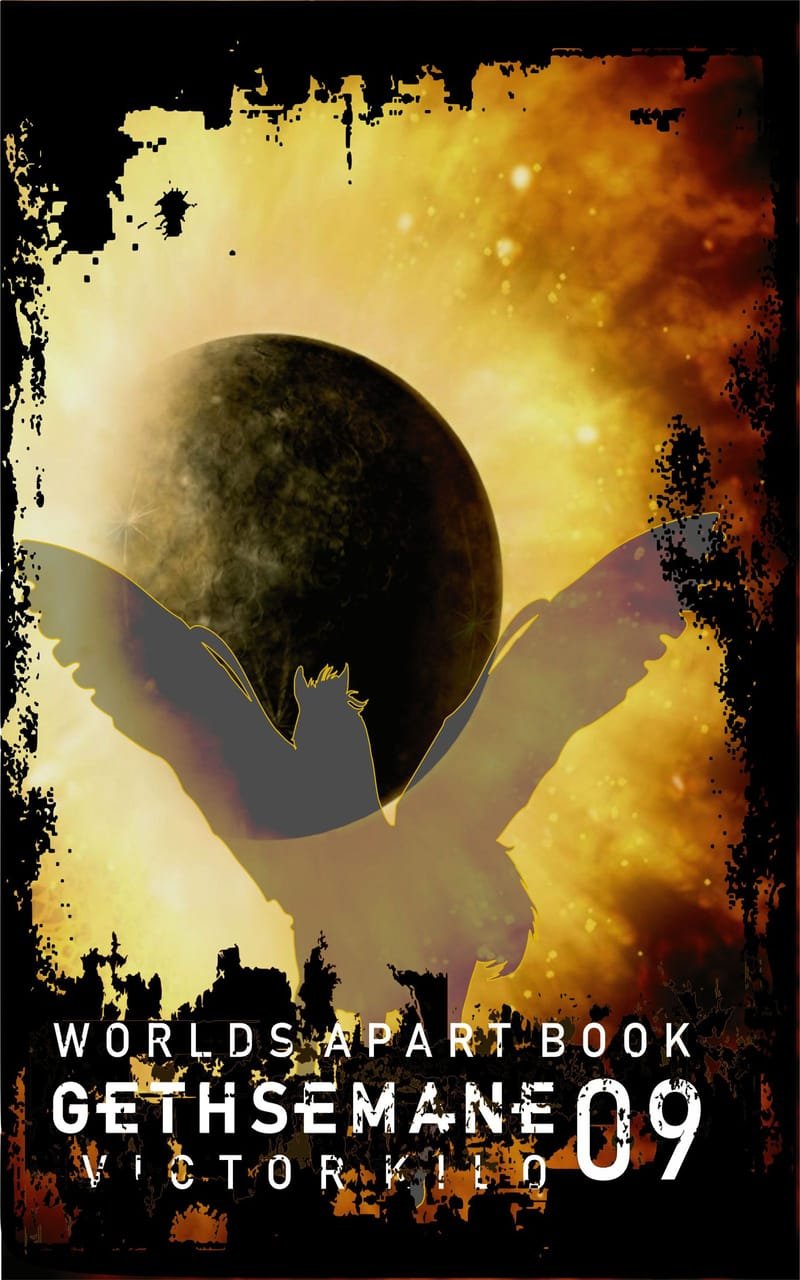 This one turned out way different than I first thought. It was originally inspired by the old expression "Everybody wants to go to heaven, but nobody wants to die." And I thought, "Well, what if you didn't have to." This story emerged from that but then looped into something weird because I wrote it.

The background story was how would a culture cope with this situation if it had about thirty years to prepare. And the way they chose to do with it was by establishing an authoritarian dictatorship. I gave a lot of thought to the logistics of building the Gateway and organizing the planetary evacuation.

Gethsemane is also a world where the Kariad interfered with society. Books 7,9,and 10 sort of round out the "Kariad" trilogy, although the Kariad were also involved in the downfall of the planet Fallon in Book 8 as well.

I also took the opportunity to dig into Bill Keeler's background. I knew from sketching out his background that he was married, at one time, to a woman named Delia. So, when Keeler goes ... wherever it is the Gateway leads... it gave me the opportunity to explore his pre-Pegasus lifestyle. We also find out what *really* happened to Philip Redfire in Book 6, although the end and for the rest of the series, the reader knows what happened but Phil can't remember.

This is available from Amazon for a few bucks or something.  There's a Kindle edition and a paperback edition.