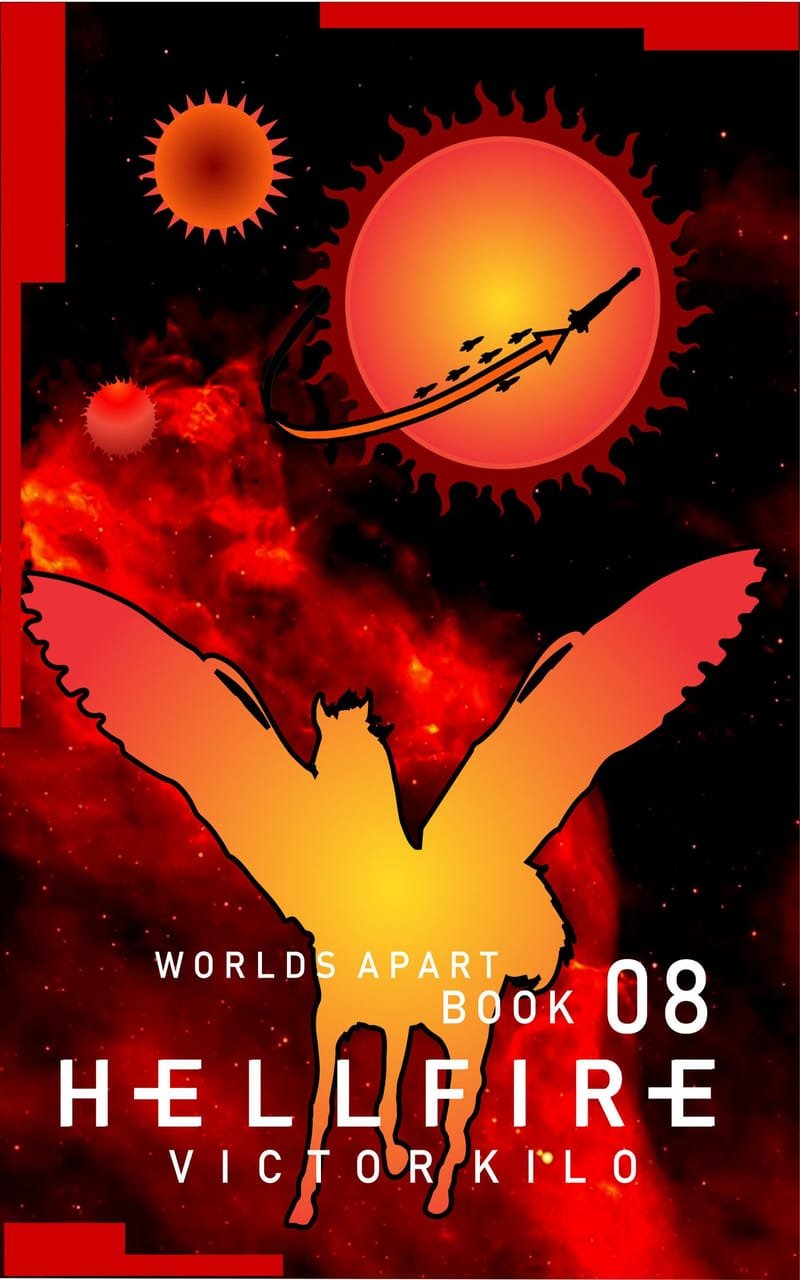 Author's Notes: This is the one turned out better than I expected it to be. It's really two novellas and a short story that are all tied in with each other. I originally envisioned WA as 10 books, but then decided to push through to 12. This is one of the 'expansion' books; one whose plot was not clear to me in the beginning. "Fiddler's Green" in the Free Worlds Anthology was originally going to be the eighth book, titled "Green," but the premise simply couldn't sustain a full-length novel.

The first story began with the idea of living in the outer layers of a red giant star; which is theoretically possible. Then, I had to come up with a plot that explored that scenario. The first novella, which is the main story, follows the plot of 'The Road Warrior,' only in an outer space setting.

The second novella is kind of "Lost/the Prisoner" parody with a little bit of 'Doctor Who' tossed in. And, like 'Lost' and 'The Prisoner,' its ending is highly unsatisfactory. Originally, there was going to be a trilogy of stories that were homages to 1960s TV shows. "Fiddler's Green" was based on 'Green Acres.' "Independence" was based on 'The Twilight Zone.' And there was going to be a 'Gilligan's Island'-based third part, but that warped into "Falldown" (the second Novella) which has no castaway elements in it whatsoever.

And it rounds out with a short story about zombies.  You can get it for about three bucks at Amazon.  More if you want the paperback. I recommend the paperback.